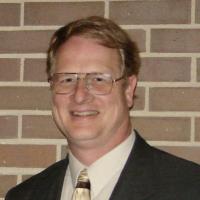 Daniel E. Stockton is the founder and president of Stockton Music Services LLC. He has built Christian school band programs around the world. While overseas he became acutely aware of the lack of good sacred instrumental music. Upon returning to the United States the Lord lead Dan and his family to Juniata Christian School in Vassar, Michigan where he taught for 12 years. The Lord's leading was evident in that this school turned out to be the closest ACS school to David E. Smith Publications. After a time Dan became the chief engraver for David E. Smith Publications.

In 2000 the Stockton's moved to Memphis, Tennessee we're Dan started a band program at Central Baptist Academy. While at Central Baptist Church, Dan met evangelist Byron Fox and they agreed together to compile and produce a hymnal titled Bible Truth Hymns.

After three years the Stockton's moved to Maryville, Tennessee which is near the families of their two married children and 6 grandchildren. Dan has continued to produce orchestrations, solo/ensemble music and provide royalty services for several hymnal publishers. The solo/ensemble music produced by Stockton Music Services, LLC is from select writers who needed quality production and access to broader markets.

All of this facilitates the goal of Stockton Music Services, LLC which is to provide Churches, Christian Schools and Christian families access to good sacred instrumental music.

Motto: We may not write the music but we make the music you write look good.