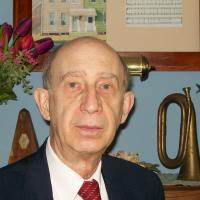 Dave began his musical journey at age 6 when he started taking accordion lessons. Trumpet lessons began in 4th grade and continued through high school. He played in the band and orchestra in junior and senior high. In 1967 he attended Bob Jones University where he majored in music, graduating with a BA in Sacred Music voice proficiency under the tutelage of Dr. Gail Gingery in 1972. During his time at BJU Dave travelled for two summers with a brass quartet for BJU. He also spent 4 ½ years with the Radio Choir and a year in the University band. In the years following Dave taught in various Christian schools and was also a youth pastor in two churches. His musical writing began while teaching when he started writing arrangements for his junior high choir. Over the years he continued to arrange and write new choral and solo compositions. For the last 30 years Dave has been the volunteer Choir Director at Calvary Baptist Church in York, PA, directing and acting in various fully staged cantata plays, and writing solo, duet, and small ensemble instrumental arrangements. Dave also has a MA in Biblical Studies from the former San Francisco Baptist Theological Seminary.