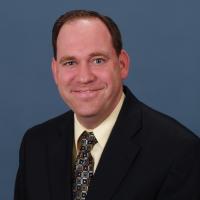 Mike Foster grew up in Davison, MI where he and his family were active in the church for 15 years. He was saved at a Christian camp when he was 12 years old. In 1990 he and his family moved to Greenville, South Carolina where he attended Morningside Baptist Church while finishing high school at Hampton Park Christian School. After 4 1/2 years at Bob Jones University, where he graduated with a degree in Music Education, he moved to Vassar, MI where he was a teacher at Juniata Christian School for 6 1/2 years. Mike met Bonnie, his future wife, while he was attending Juniata Baptist Church. They were married on July 22, 2000. While at Juniata, he taught Music, Speech, Bible, and Math classes, published a book of arrangements, helped in many ministries of the church, and was involved with missions and evangelistic outreaches in the church and around the world. In 2002 the Lord called him into evangelism working specifically with Baptist Church Planting Ministry and Dr. Earl Jessup. Pastor Foster has also been to several other countries doing evangelistic work and encouraging church planting. He has held many seminars and workshops on music in churches and colleges around the United States and in several countries around the world. Mike Foster’s burden is to see churches using the right kind of music combined with the right kind of hearts to combat the growing, infectious, compromising stands many of God’s people have on music today. He plays the trumpet, sings, directs choirs, and trains those in his ministry to use their talents for the Lord. Mike joined the staff of Troy Baptist Temple in Troy, Ohio in January, 2010 to be the assistant working with youth, music, outreach, and Junior Camp. Then in October of 2014 the Lord moved them to Deltona, Florida where he has served as assistant pastor at Faith Baptist Church. The Fosters currently have five children. Their fourth child, Joel Richard, went home to be with the Lord on the day of his birth, August 9, 2010. The Fosters look forward to a sweet reunion with Joel in Heaven some day.